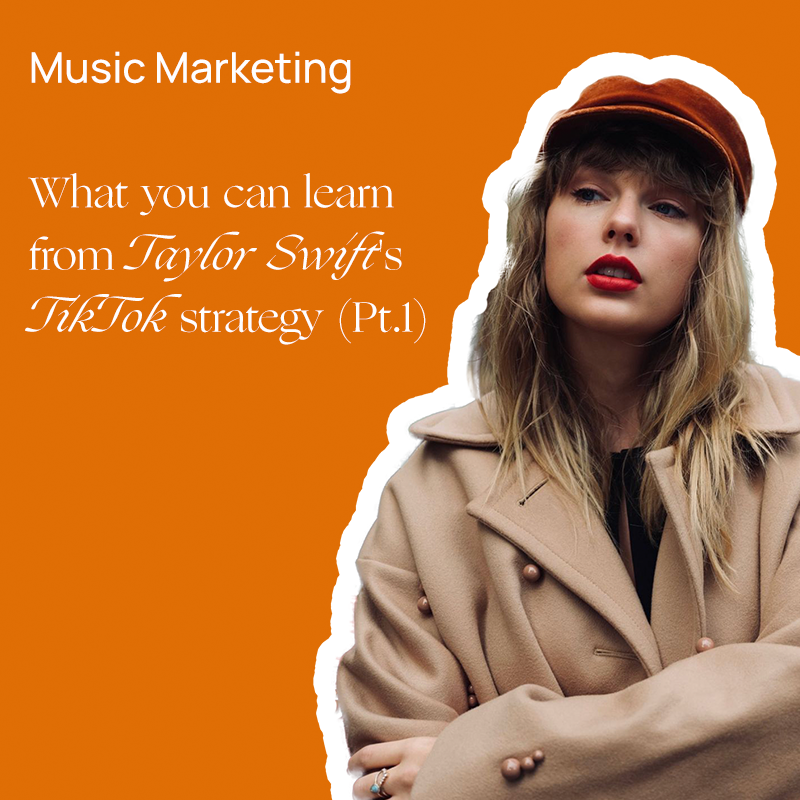 It’s only been a week that we collectively could listen to Blondie’s (as she’s lovingly called by her fanbase the Swifties) second re-recording – Red (Taylor’s Version). You may have noticed when opening the video social platform as every second video was using a Taylor Swift song, but maybe that’s just my FYP.

Swift is a marketing queen and I’ve decided to pick out her most recent TikTok where she shared a new sound for ‘Nothing New’ – the collaboration with Phoebe Bridgers, which currently is my favourite (or one of them) from the Red TV release. ‘Nothing New’ the original sound has at this time 11.4K videos attached on the platform. A good number; ‘I Bet You Think About Me’ which also has a feature and just a few days ago had a music video released for it – that track is at 5.5K videos.

Now what is special about the video? Well Swift doesn’t only include her previously viral ‘drunk Taylor’ pics – she also shares a new sound that utilises the lyrics of the song, ‘I’ve had too much to drink tonight’.

Why does it matter? The sound bite now includes a clever sonic transition inviting people to use it and doing their own take with it. What is great on top of that is that the sound is only 12s long, that is below the recommended length for your TikToks to ‘trick’ the algorithm (TikTok say below 20s is the sweet spot).

How can you incorporate this? You don’t need to write a song for TikTok but it is worthwhile to look at which sections of a song could work for a sonic transition and then have a go at it. If you have budget to involve creators then go for it or alternatively boost your video with a Spark ad, which is a GBP 20.00 minimum investment.