At the end of March ‘Spotify for Artists’ shared the news about implementing personalisation to some of their curated playlists modelled to the listeners’ preferences and tastes which, as Spotify put it means, “(…) all music has a better chance of getting into the ears of the right listeners.”

What does that mean in practice?

🎧 For listeners – essentially a selection of playlists will be fully personalised for each listener based on what Spotify thinks (according to their algorithm) they’d like.

🎶 For artists –  this means they may be featured on one of those personalised playlists but not appear on everyone’s personalised version of the playlist.

Artists have access to a personalised link that they can share on social, CRM etc. With this link they can direct fans straight to said playlist and the song will be featured right on top of the playlist. It certainly will save their fans some scrolling.

What does it mean for social strategy?

Firstly, the user journey for a fan is obviously a lot smoother. Sending a fan through to one of those personalised playlist links makes it more comfortable for an artist to share a playlist where they’re not #39 down the playlist.

Not to forget this doesn’t come without a benefit for Spotify, who likely generate more click-throughs on to said playlists if artists are more likely to share.

Secondly, growing artists’ subscription numbers becomes more essential. It is likely that the Spotify algorithm works something like Spotify’s Release Radar, if a Spotify listener follows the artist or has listened to their music previously, the tracks will more likely be featured on said listener’s version of the personalised playlist.

On Release Radar, Bryan Johnson, director of artists and management at Spotify UK had previously said, “The more followers [you have], the more Release Radar playlists you go into,” – without direct confirmation we’re expecting to see a similar result for the new personalised/ curated playlists.

What does it mean for social strategy?

In regards to strategy, encouraging Spotify subscriptions should become part of the objectives to think about as part of your artist music campaign.

This article was originally posted on www.be-hookd.com/blog on April 15, 2019. 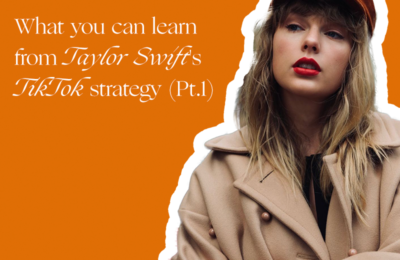